BOOK A VIDEO CALL WITH THE SELLER

We are here for you

Vydrica is old as Bratislava itself. Bratislava’s cultural DNA formed in this very area, and the area is the final piece of jigsaw puzzle which, once it is placed, will bring the whole city to life as a unified whole. Vydrica connects the Castle Hill with the Danube River and the Old Town with the former castle district. The old Water Tower, a national heritage site, is the oldest structure in the city and the heart of the Vydrica site – the heart of the entire city.

Vydrica reveals the missing genius loci of Bratislava. It will soon become a place to discover new flavours, colours and views every day and where people will find a favourite spot to spend free time with friends or relatives. The new Bratislava Corso will soon be available to everyone.

The very heart of Bratislava

A location with a rich history

Revamped connection to the castle

The longest Corso in Europe

On the banks of the Danube River 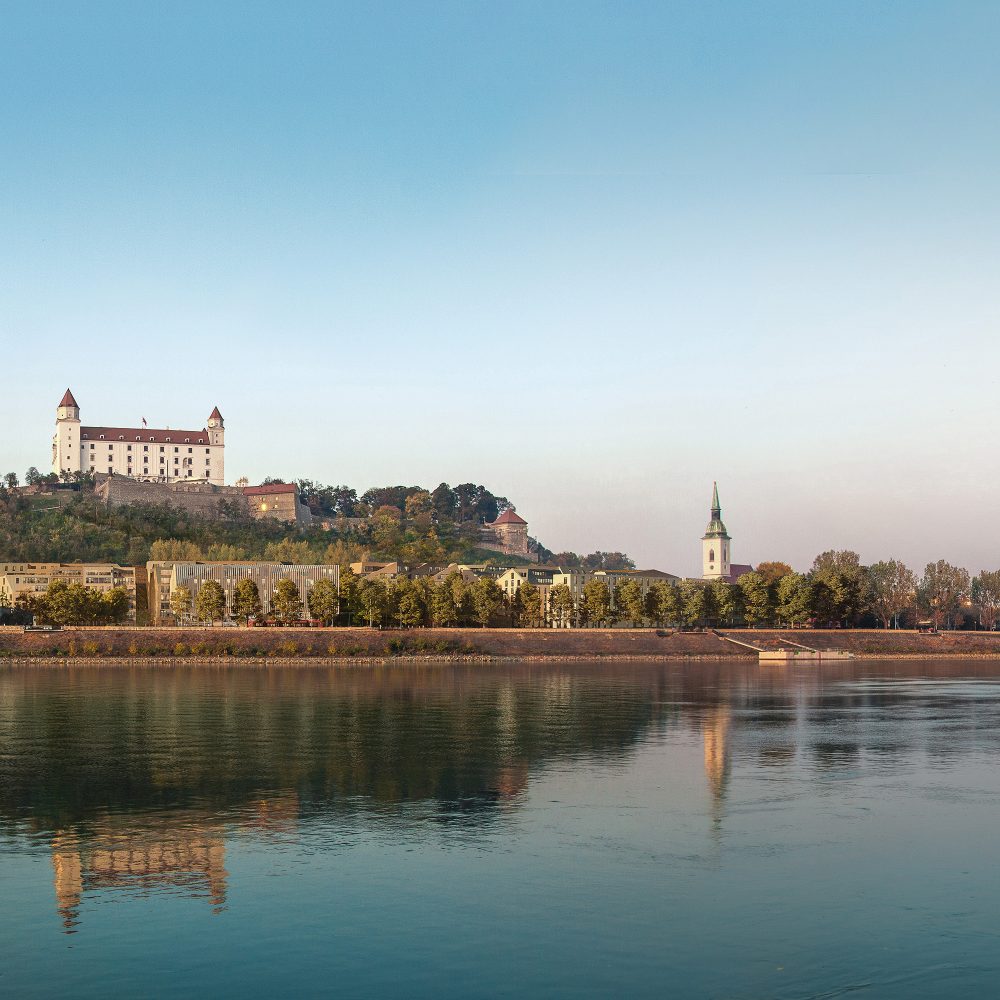 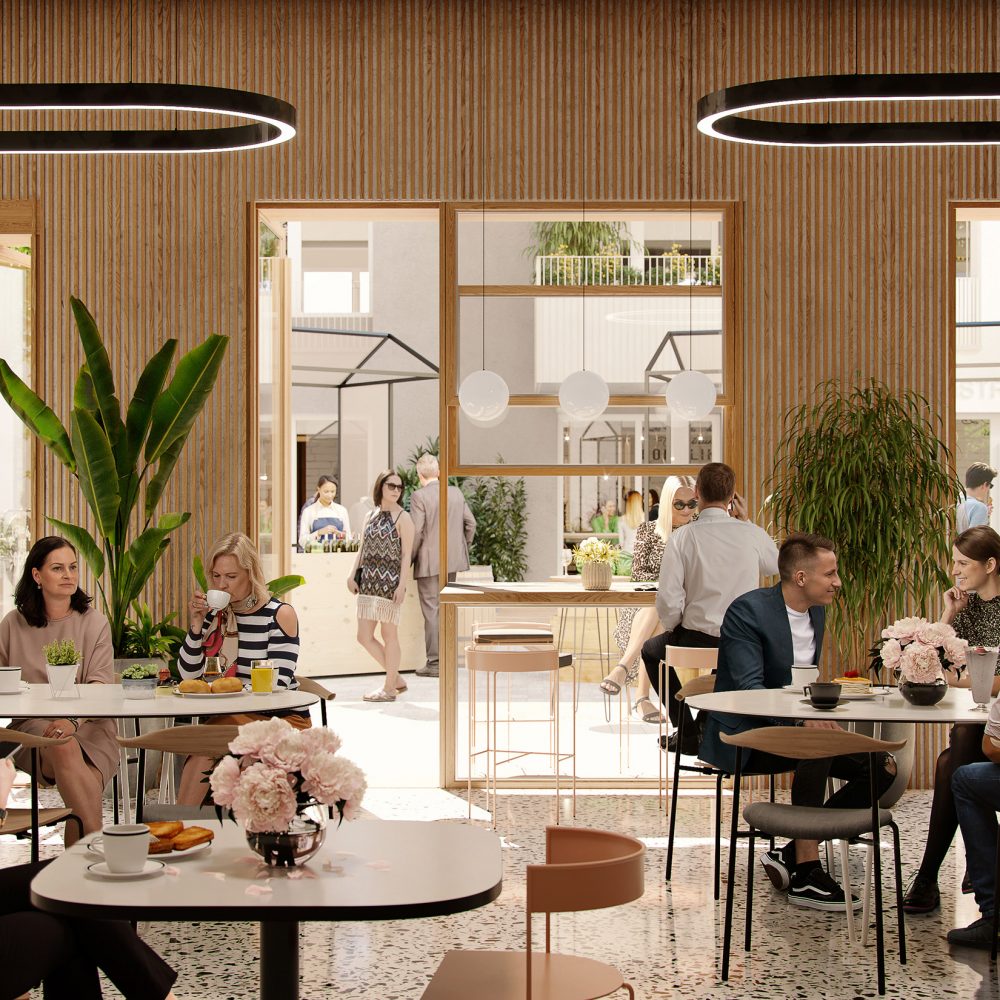 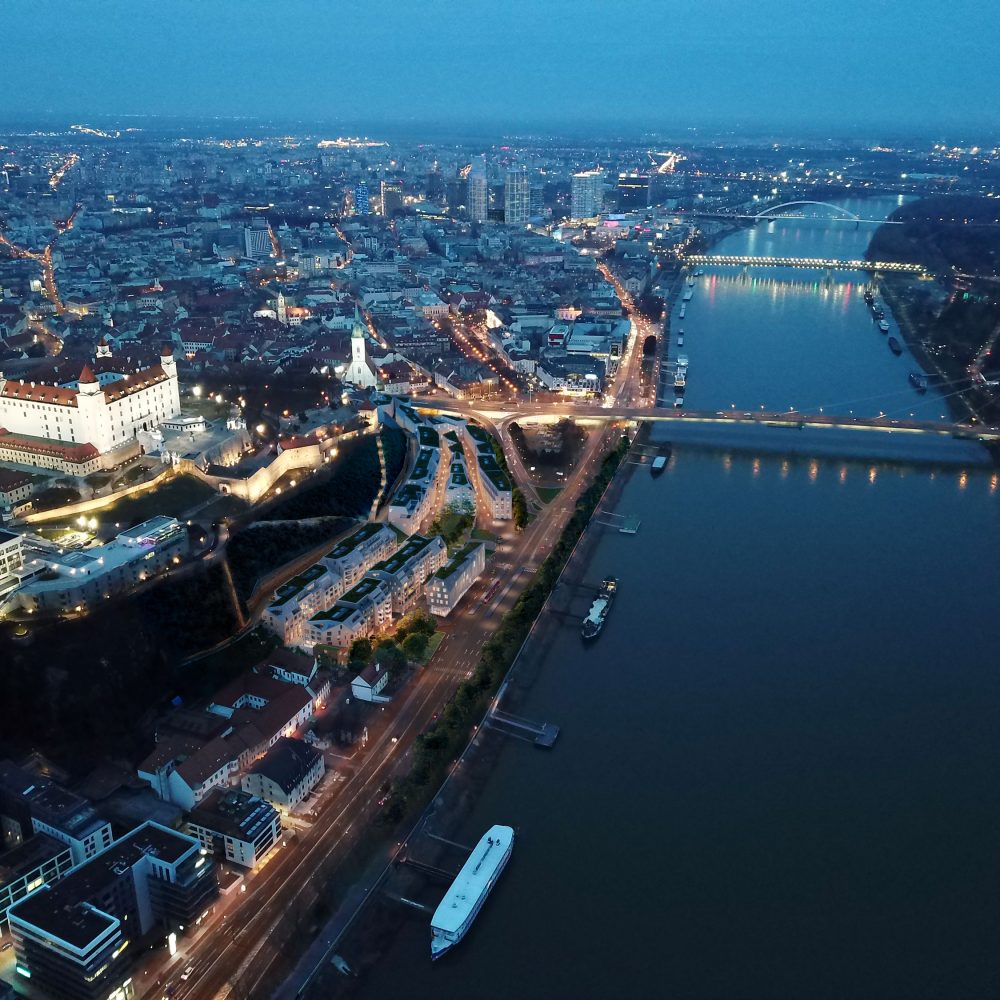 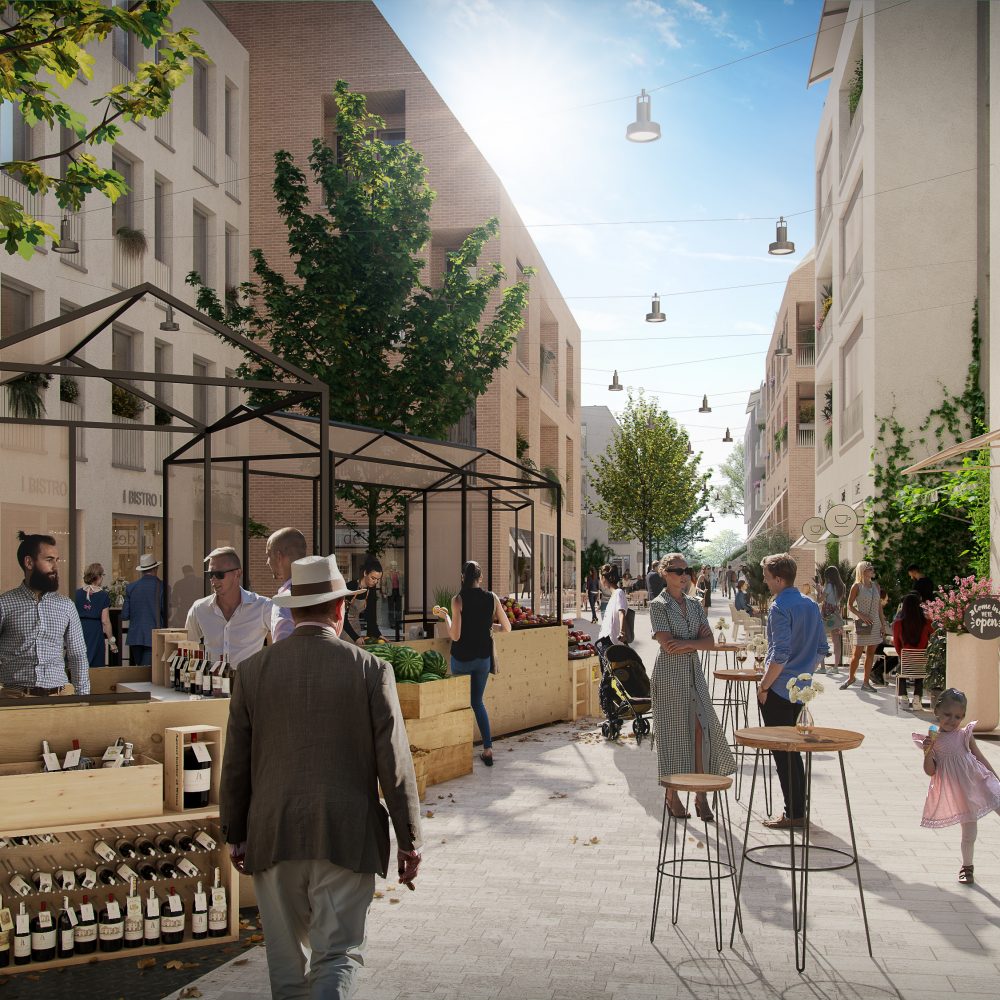 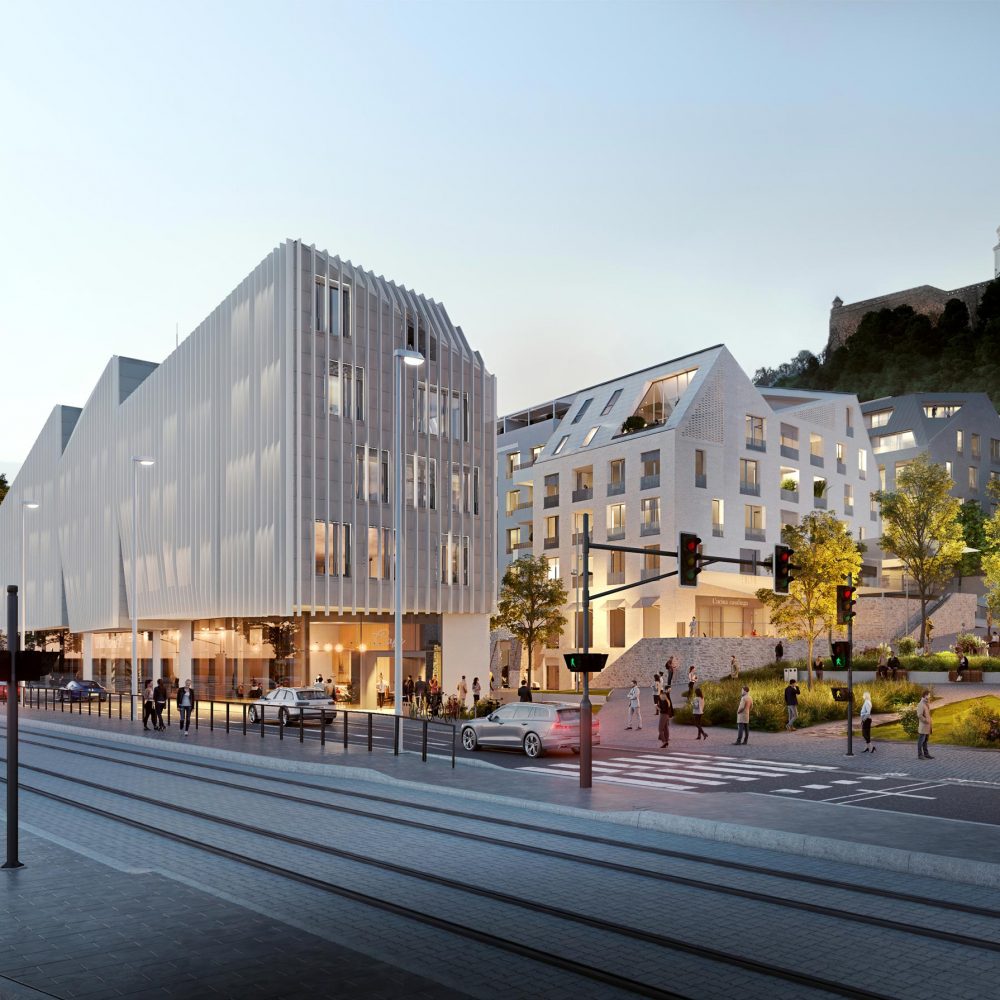 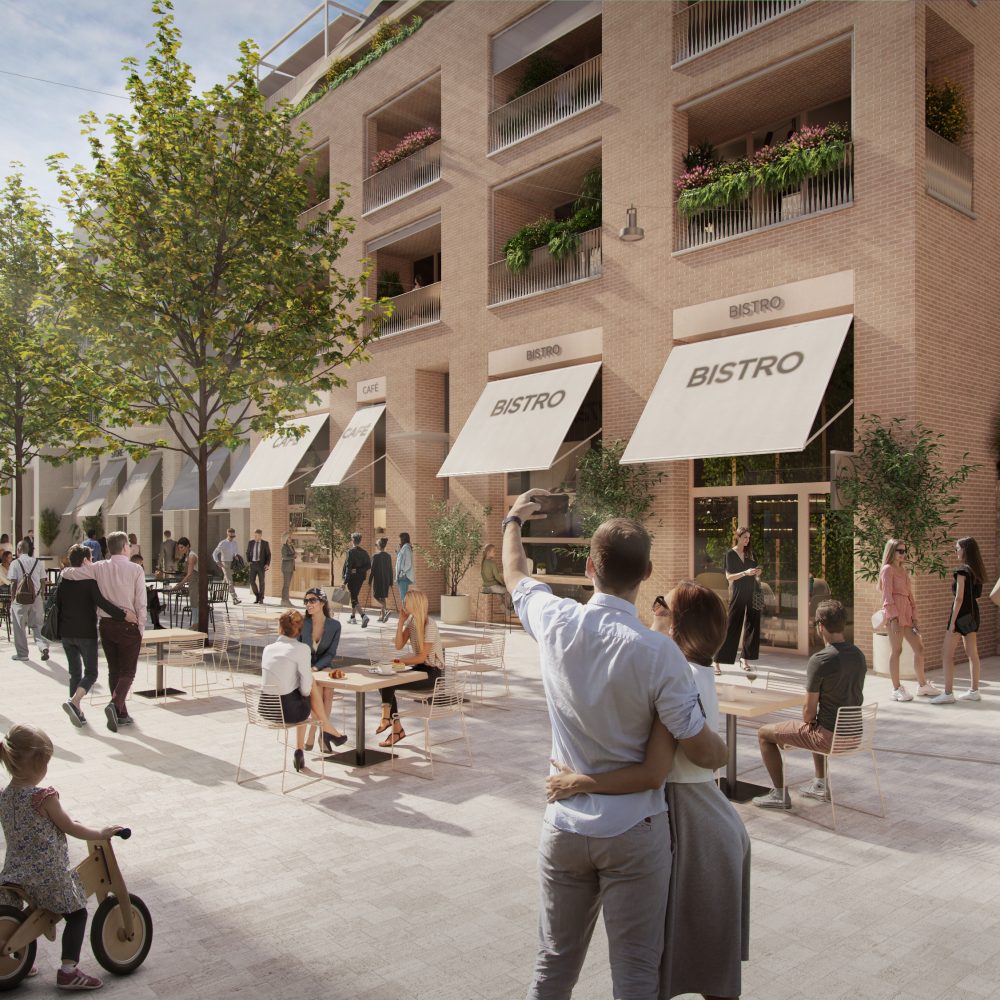 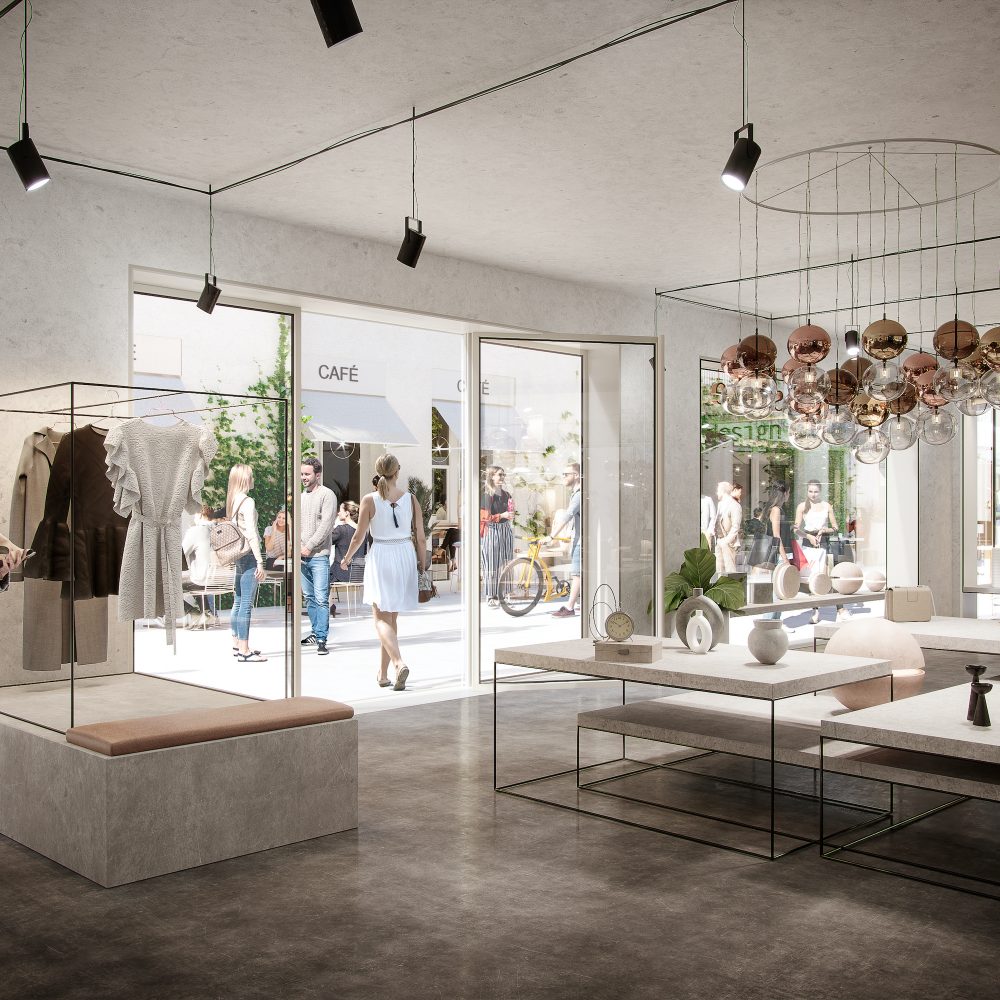 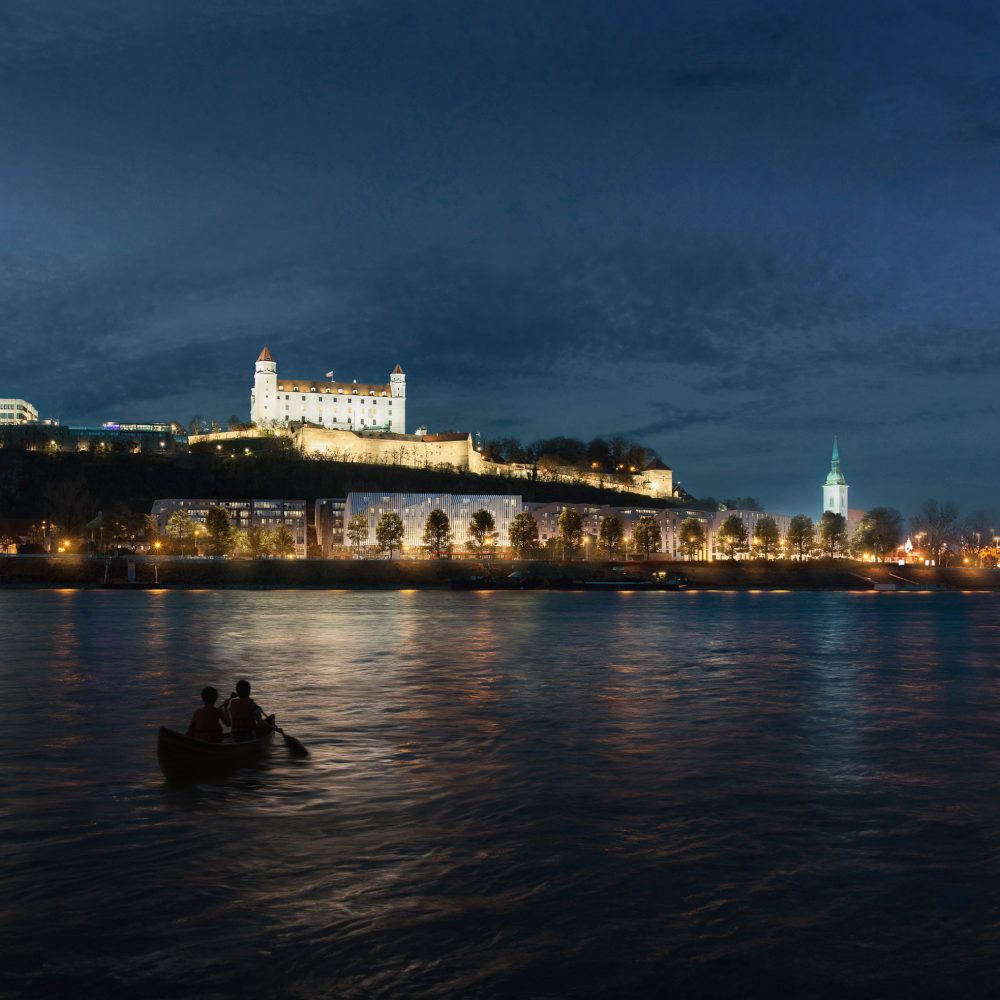 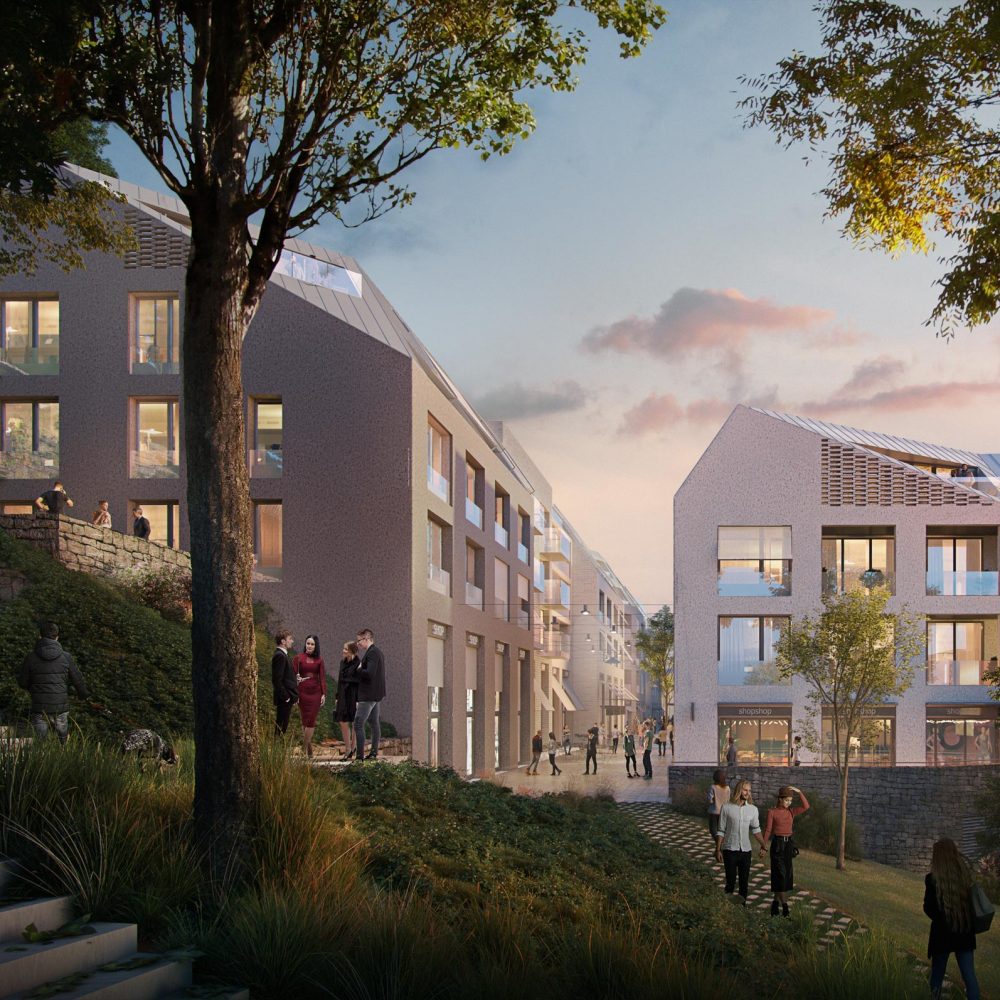 The project developer is Vydrica Development, a.s. formed as a joint venture by two companies – Vydrica, a.s., (Ladislav Rehák, Peter Struhár), the landowners, who allied in 2018 with the Lucron Group, a.s. (Eric Lux, Zoltán Müller), a real estate company. After many years of waiting, the Vydrica project is finally becoming reality in close cooperation with teams of local and international architects and urbanists.

Lucron is a well-established real estate developer with an international background. It has been active on the Slovak market since 2005, and the group’s portfolio includes projects such as Urban Residence, Malé Krasňany, Eden Park and Jaskový rad in Bratislava and the Arboria project in Trnava. Lucron is part of the IKO Real Estate group, led by Eric Lux, the main shareholder. Apart from many commercial projects, IKO is behind the iconic Charlie Chaplin museum on the banks of Lake Geneva – Chaplin's World by Grévin. 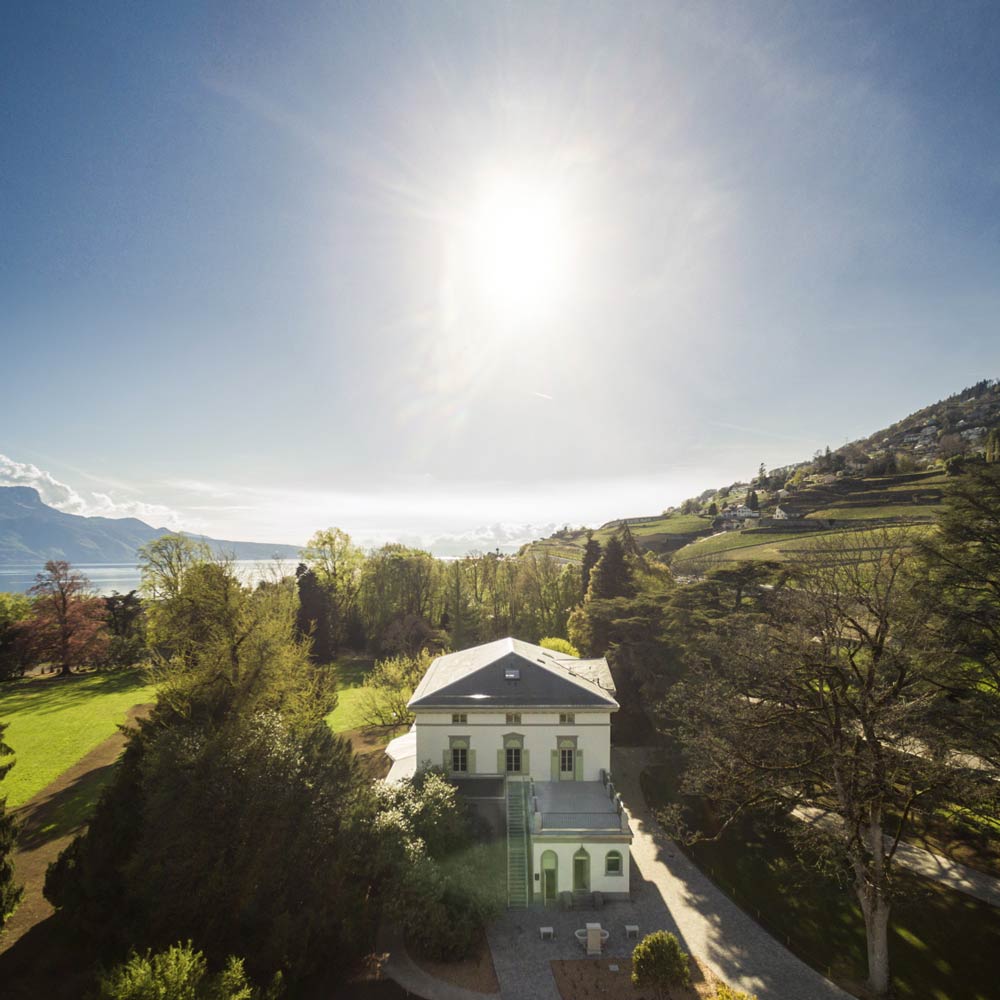 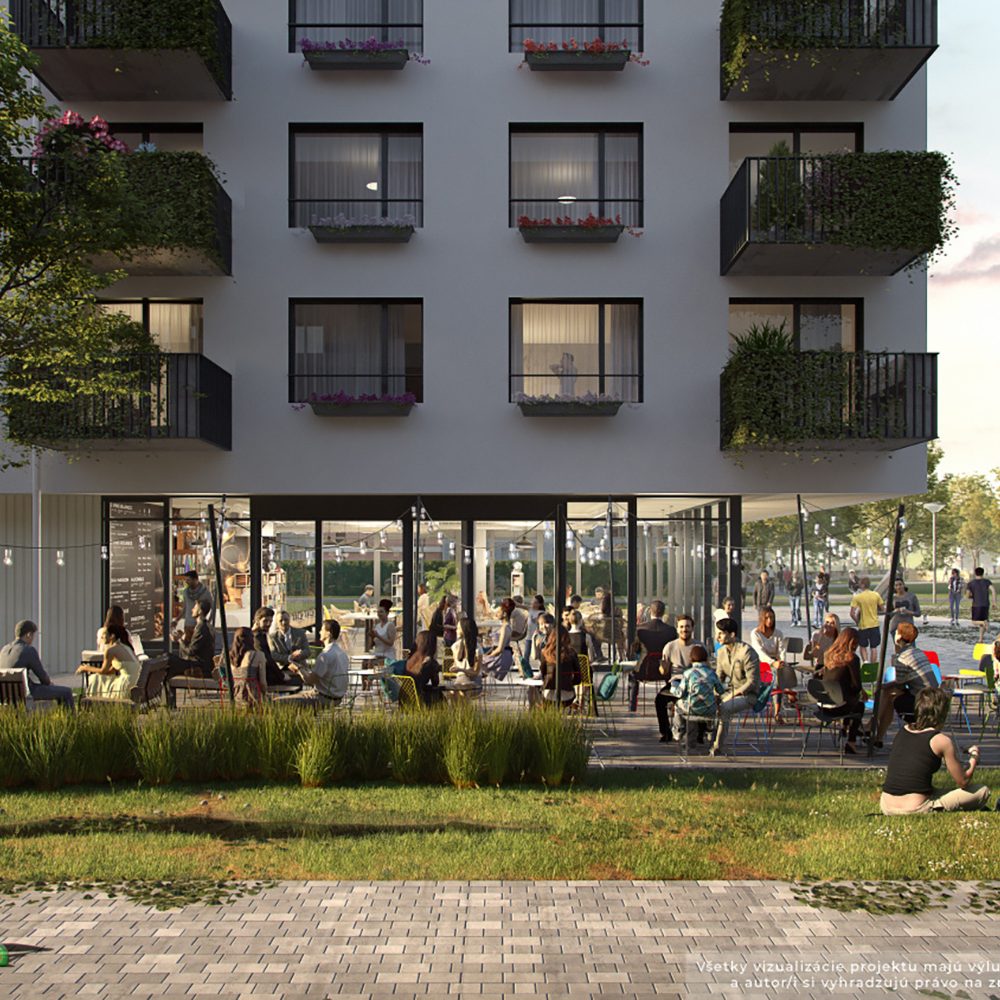 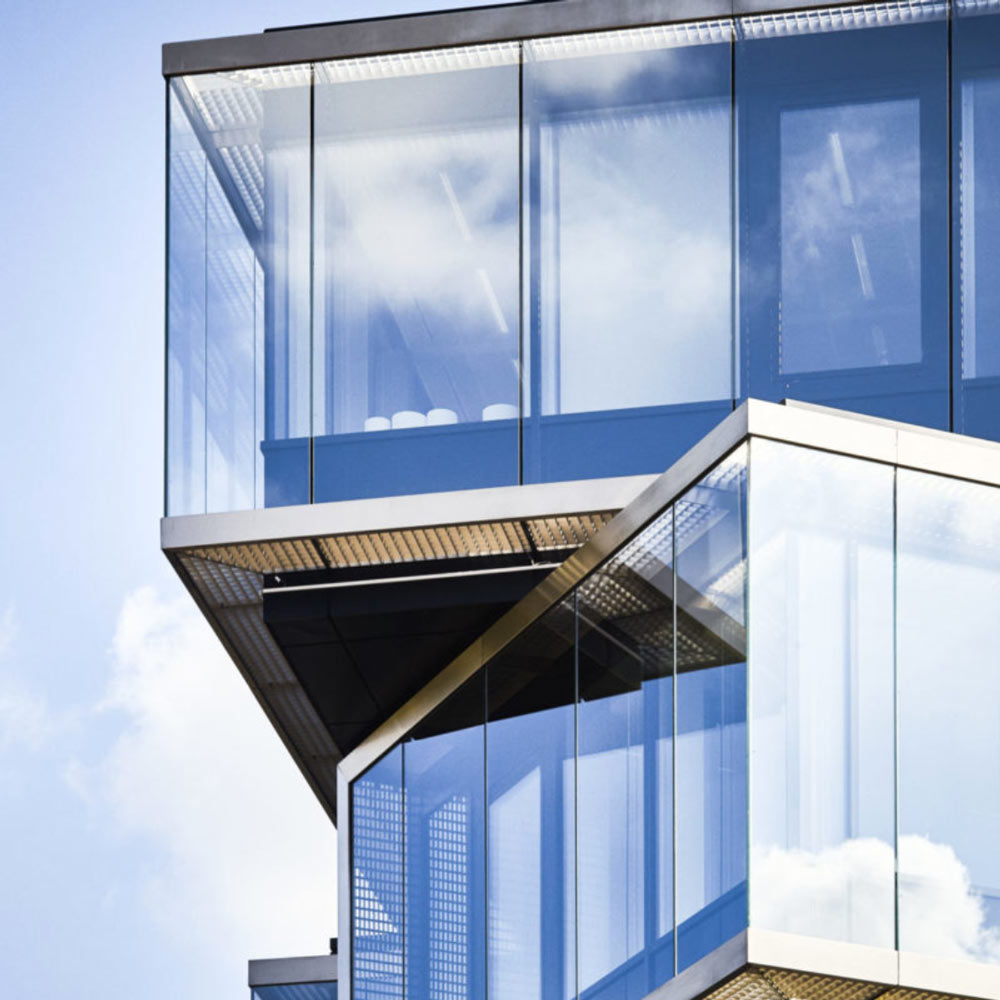 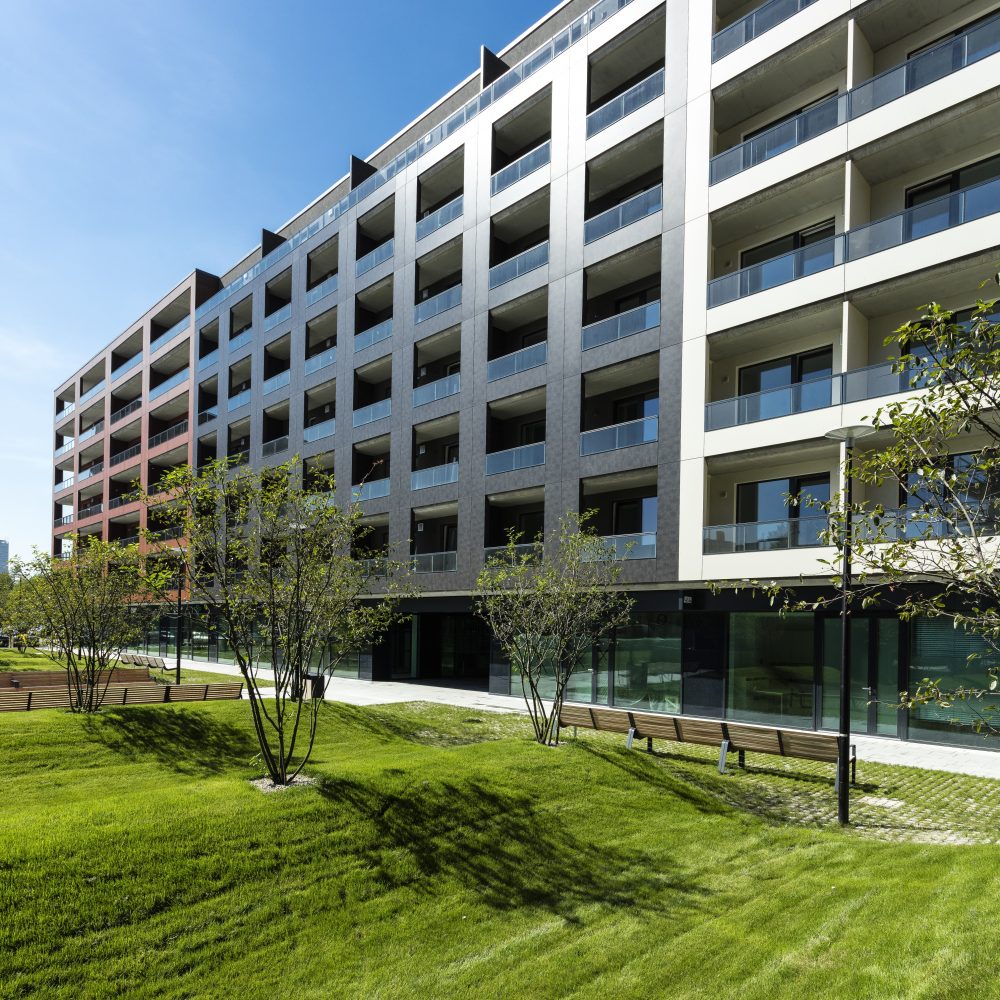 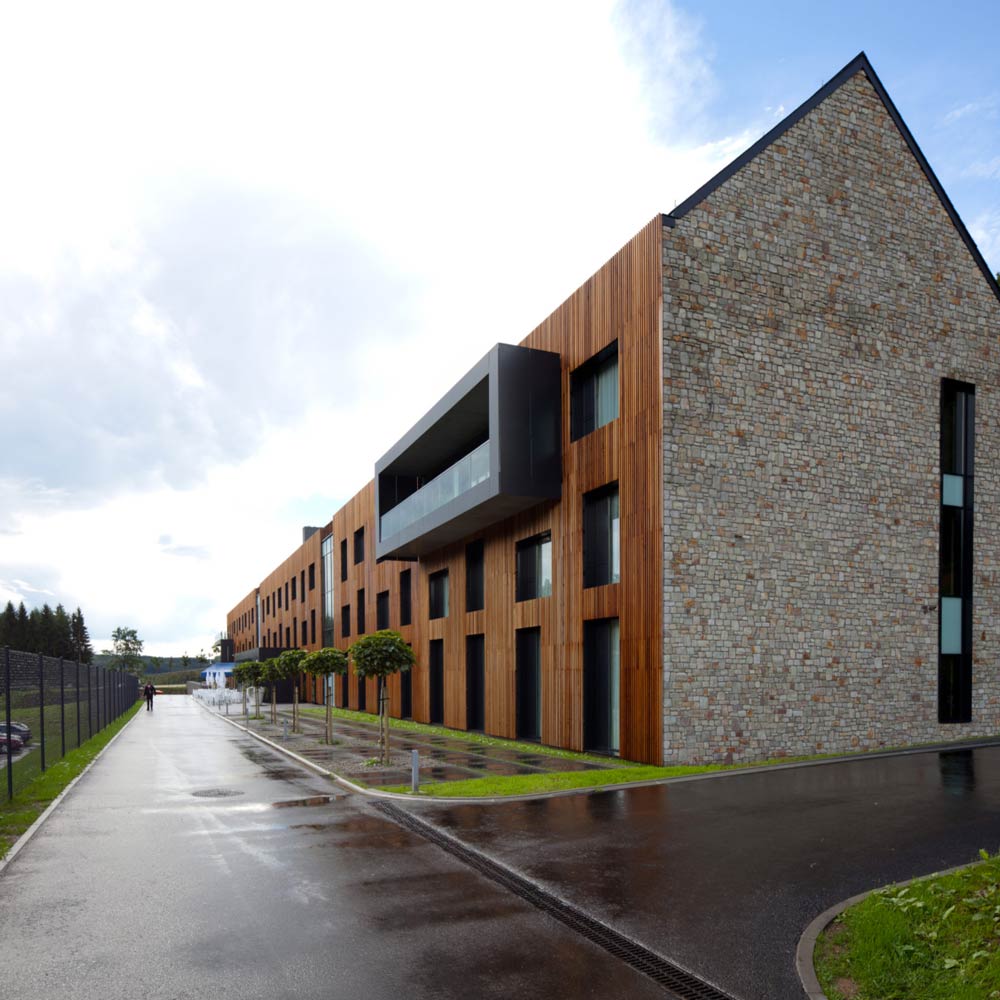 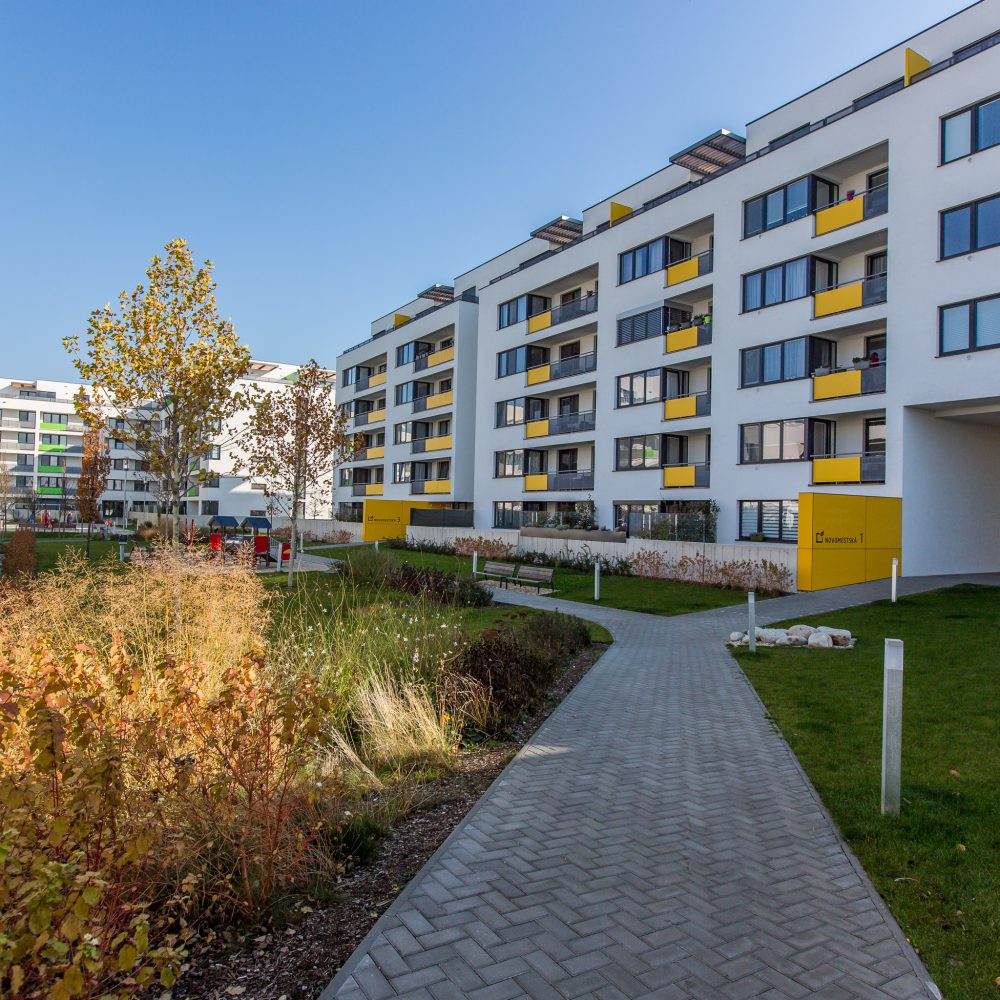 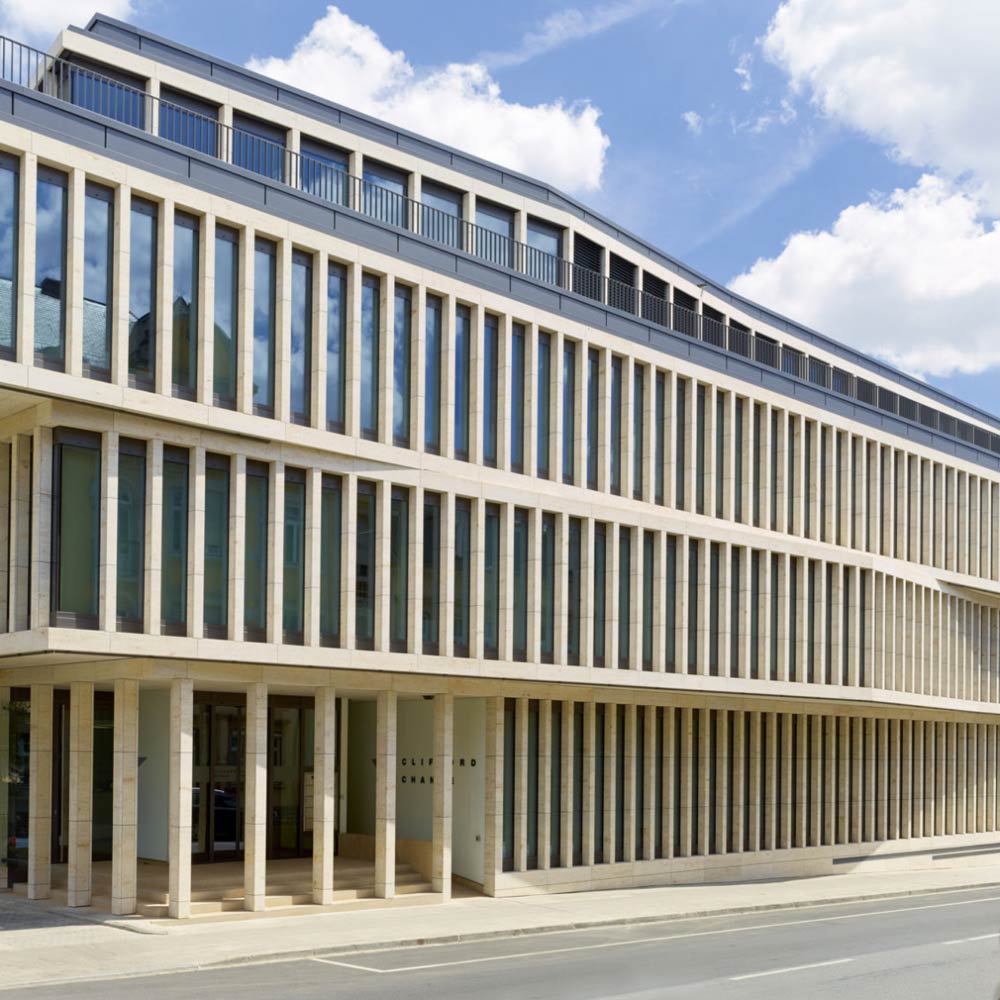 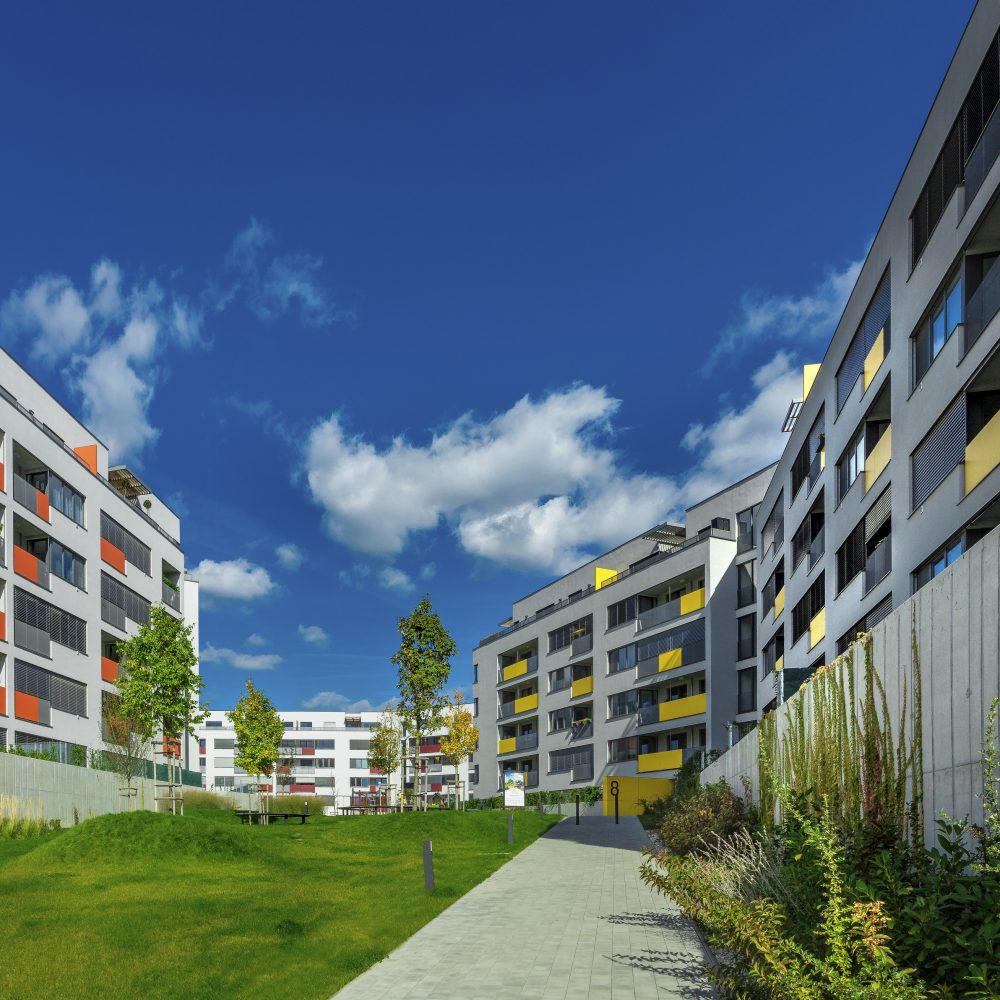 The Vydrica project was brought to life by a local team of experienced architects, urban designers and landscape architects led by Compass Architects Studio and a collective of international urban design consultants. The project evolved in the hands of specialists over a long time and underwent many improvements to consider every need for a modern, high-quality, and emotionally rewarding location.

The design aims to return the missing continuity to Bratislava. A responsible urban-development approach to revitalizing the quarter will push Bratislava towards a new view of developing the city and positively influence its identity.

What makes the Vydrica unique on a European scale?

How Vydrica will became an integral part of the city centre?

How has the concept of the new Vydrica shifted in the recent 10 years?

member of the board, Vydrica Development

Experience and pleasantness of the new Vydrica.

After many years of waiting, the area below the Castle Hill will finally recover its integrated state. Construction at Vydrica is the final piece of a jigsaw puzzle that will fill up a blank spot in the castle district. Unification of the historical centre will extend the Bratislava Corso and create lively public areas for everyone in the city.

The construction starts at Rybársky cech restaurant and ends at Water Tower. Creation of an attractive public area with lively shops on a street level. Interconnecting streets and forming of new microparks.

The construction heads towards the city center. The extension of streets in their former historic line and expansion of public areas dedicated to relaxing, social and cultural enjoyment.

Construction completion and linking the historic site to city center and Corso of Bratislava – without barriers and for pedestrians. New connection to the castle and Castle Hill.

How many stages will the construction process have and what is the earliest possible date to move in?

The entire construction process will be executed over three stages. The first stage construction works are already underway. Completion of each stage depends on obtaining all the necessary permits. The project was designed to allow residents to fully enjoy the buildings during the first stage even as the remaining construction stages continue. For regular information about project milestones and construction updates, visit our website and social media profiles.

How are apartment prices determined?

Housing prices will reflect the unique location, architecture, and superior quality and high standards of fixtures. Prices will also be affected by a small number of residential apartments which maintain the project’s Old Town character. A major portion of financing has been dedicated to creating public areas in line with the project’s role as an integral part of the city’s central area.

How will the project impact traffic in the area?

Vydrica will be a pedestrian, car-free zone, and all traffic will be moved to an underground garage linked to roads via two exits. All the adjacent investments took the Vydrica project’s traffic requirements into consideration. Traffic volume capacity was also determined according to a traffic capacity assessment. Because the location is in the historical centre, cycling, boat traffic, integrated public transport and carsharing, including parking lots available 24 hours, will be encouraged.

How will parking be organized? Will I need to purchase a parking space?

Parking spaces will be available for rent, not for sale. Modern shared parking technologies will be employed at Vydrica to maximize the parking lot’s capacity of 680 cars.

Does the project respect the historical location?

The most valuable object at the Vydrica site, the Water Tower, is a national heritage site and dates back to the eleventh century. Administration and development of the tower will be in the hands of the local council. The Water Tower will become the heart of the new Vydrica and therefore deserves special treatment. We plan to give a helping hand to the local authorities. Other historical artefacts, such as the ice cellars, Kempelen’s water pump system, and the baroque cellars also create the site’s genius loci. The structures will be preserved, and most of them will be made accessible to the public. We also plan to introduce several interesting historical objects that no longer exist in the public historical narrative and relate to famous historical figures that once lived in the area.

Will the view of the castle be obstructed?

The Vydrica site’s development is not continuous. Around the Water Tower and also near the Rybársky cech restaurant, a lot of space will be left for unobstructed views of the castle. A person of average height will not have a problem to see the castle from any place along the riverbank. On the contrary, people will enjoy the castle view even more thanks to the pedestrian promenade extension at Vydrica. Vydrica will be the final piece of the jigsaw puzzle to fill up the blank spot in the castle district and also will change the city’s relationship with the castle.

Will Vydrica have museums and galleries?

The Vydrica project refers to the historical location and its rich history. The public areas will make the most of the remaining public historical artefacts. The places where legendary buildings once stood and infamous figures lived decades ago will be marked along the crooked streets. Public areas will host artists, designers, and modern-day artisans, and in close cooperation with the local authorities, we will seek suitable spaces for galleries and other cultural activities.

Become a part of the new
Vydrica story.